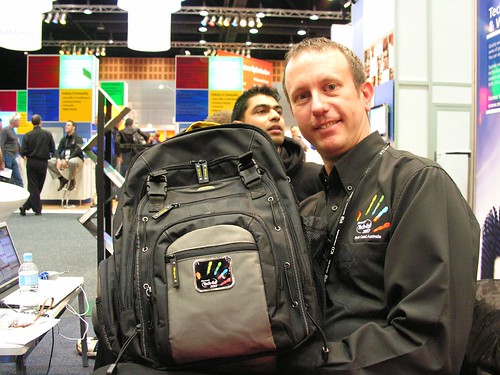 After devoting 20 years of his life to the evil empire, Microsoft Australia employee number 27, Jeff Alexander, is still fascinated by the occasional Microsoft freebie.

Today the 26th of August 2007 marks Jeff’s 20th anniversary at Microsoft where he will become the 2nd oldest serving employee in Microsoft Australia. In comparison, notable ex-Windows-executive Jim Allchin had only spent 16 years at Microsoft.

As we were chatting at TechEd Australia, it had struck him that he started working at Microsoft before I was even alive. Spooky! Jeff kindly provided this synopsis of his life at Microsoft including his fair share of job changes and challenges.

Apart from everything, I only hope those Microsoft stock options are serving him well. 🙂