I would have posted this yesterday, but the hotel WiFi access wasn’t enabled at the time. So without WiFi, without a mobile phone, without a credit card for about a day and a half, I was stuck with a 2 hour Friends marathon on television. Thankfully, I’m still alive.

The highlight of my flight was when the plane fell a times approaching Vegas. When you have people screaming and kids crying, you know something might be wrong. The pilot didn’t mention it before or after the turbulence, so everyone’s imagining it never happened. Holding hands with strangers? Never happened. 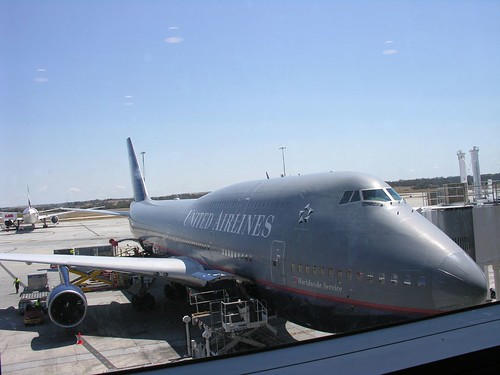 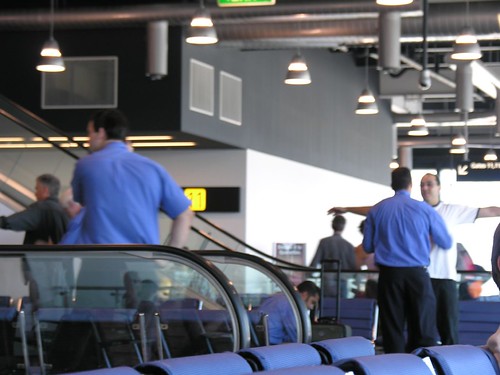 Apparently I was ‘just legal’ for a pat-down. 🙁 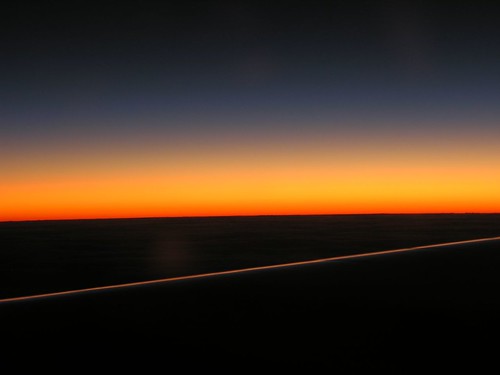 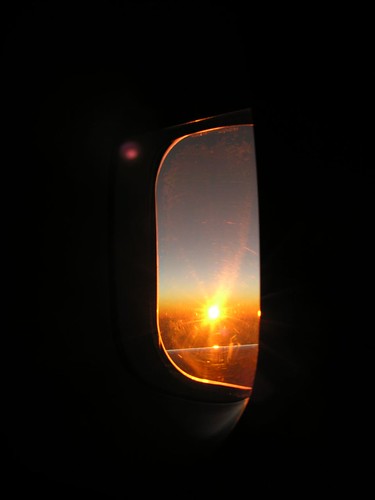 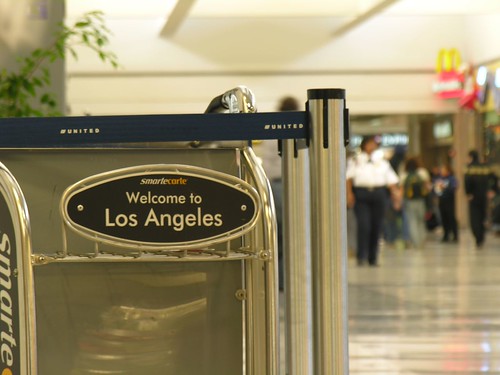 And before you know it, or after a 14 hour continuous flight and after 2 pat-downs, I’m in Los Angeles. 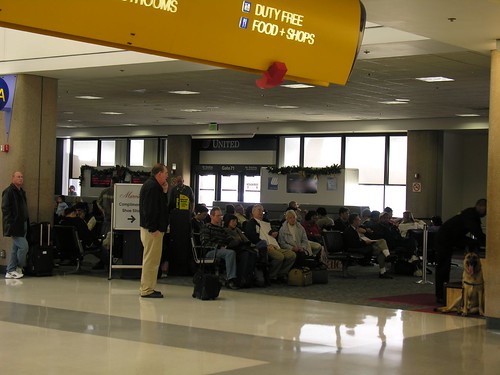 Lounge for flight to Las Vegas. Either geeky or unemployed. 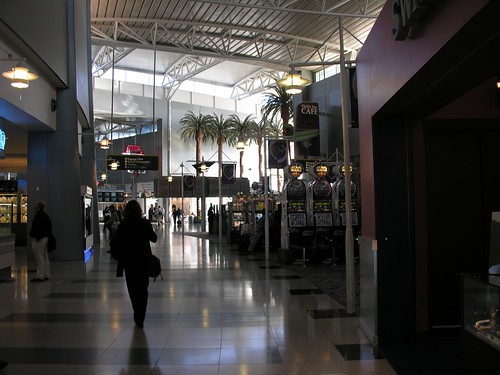 I swear some people went to the slot machines before going to the toilet. 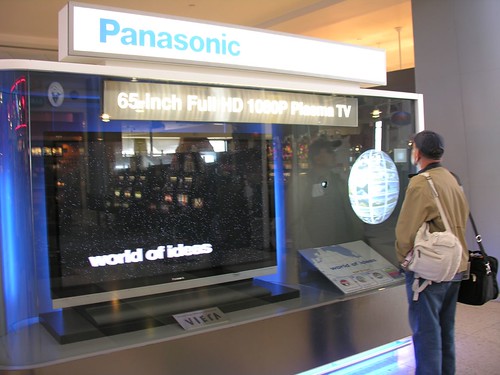 Holographic projection display at the airport. Oh, did you notice the 65″ TV? The other guy wanted to touch it, instead he was stopped by an invisible force called “glass”. 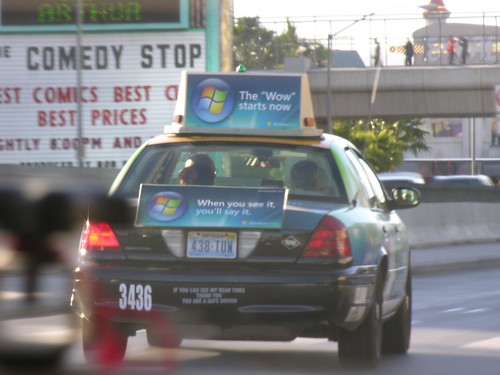 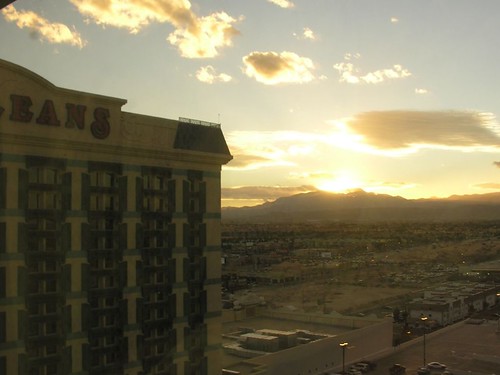 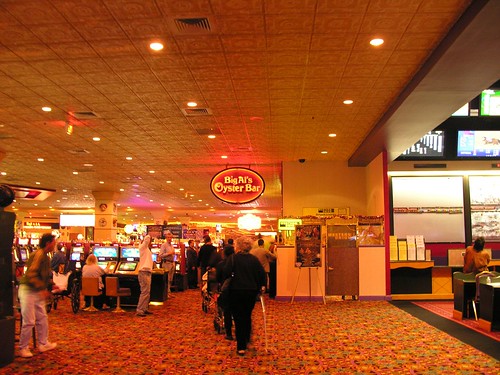 There was a subtle innuendo at the hotel lobby. 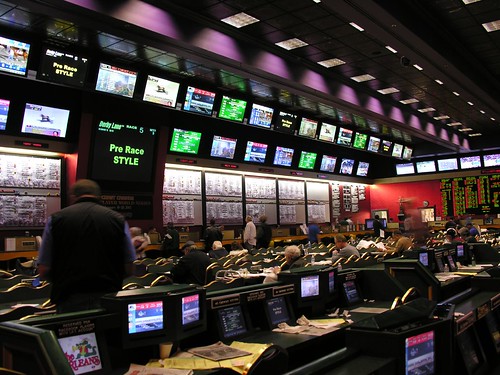 I don’t think NASA’s control center is as complicated. 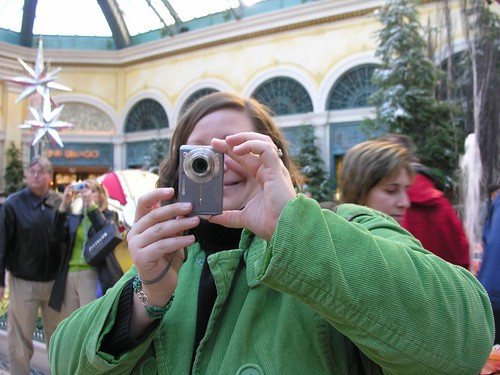 She’s got my picture. I’m doomed. 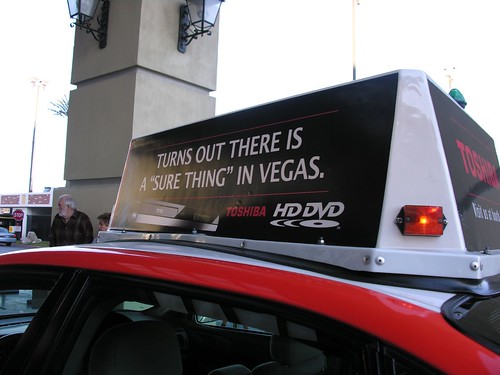 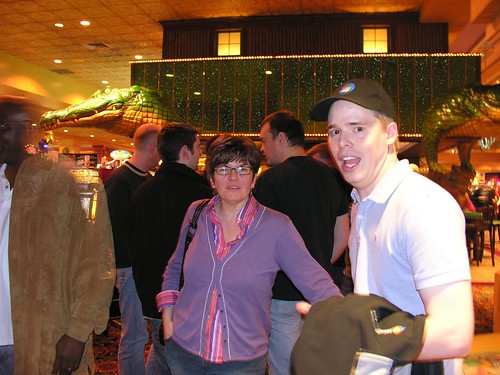 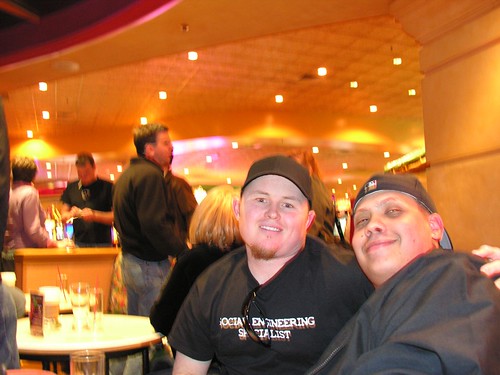 Trust me, no one was smoking anything. Josh from WindowsConnected and Michael from HardwareGeeks. 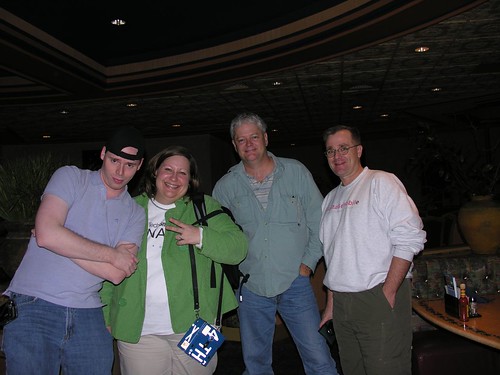 Robert McLaws tries out his “open source” look if this Microsoft thing falls through. The GottaBeMobile.com guys were also there.

More photos from my Flickr “CES 2007” photoset. Windows Vista Labs tomorrow. Hopefully they have something great and informative planned. The best part is, no one’s tried to kill me yet. Although some people had strong handshakes, like the type you could disable someone’s ability to sign valuable packages from Microsoft.